“Charming and affordable zoo with some attractions”

I’ve mentioned it before and I’ll gladly say it again: I’m not a huge fan of zoological parks. No offense to all those animal lovers, but I’d rather fill my days riding roller coasters than watching lions and bears. However, combined zoos and attraction parks are becoming increasingly popular across the globe. Busch Gardens Tampa, Bellewaerde and Kolmården are just a few examples of this new kind of theme park. In southern Germany, the former Schwarzwaldpark is currently undergoing a similar treatment. The park was bought by the Braun family in 2017 and they’re transforming it into a wildlife park, including some attractions. The fact that Tatzmania can easily be combined with a trip to my beloved Europa-Park, made us choose to spend an afternoon here.

Tatzmania offers two coaster credits. The first one is African Spin, a simple spinning coaster built by the SBF Visa Group. This coaster type can be found at many parks around the world. The Belgian theme park club Rollercoasterfriends has even nicknamed it as a pizza coaster, as it can be found at multiple pizza restaurants in the United States. Unfortunately, these pizza coasters make a rather underwhelming impression. They’re short, the ride experience is predictable and they look pretty cheap.

Fortunately, Tatzmania’s second coaster is a lot better. I’m talking about Gold Rusher, a Gerstlauer Bobsled Coaster that opened in 2019. These rides are usually smooth, they generate a nice sense of speed and they’re more intense than you might think. Gold Rusher ticks all these boxes. Despite its limited stats, the ride is able to convince us to ride it four times. Of course I’m not claiming that this is the best coaster in Europe, but it’s a perfect family roller coaster nevertheless. By the way… Fans of Motiongate may recognise Gold Rusher’s layout as it is completely identical to Green Hornet in the United Arab Emirates.

Gold Rusher is undoubtedly the best attraction at Tatzmania. The rest of the park is mainly filled with funfair carousels and simple children’s attractions. One of those rides got international press attention in 2019, though. Eagle Fly was nicknamed Holocoaster in some newspapers because the ride’s silhouette was reminiscent of a swastika. The park couldn’t ignore the negative criticism and the design was modified as soon as possible. Gondolas were removed and in its current form, Eagle Fly looks totally different. The capacity was drastically reduced as a result of this conversion, but wait times don’t seem too bad. Eagle Fly looks quite intense, which results in a limited popularity anyway.

Tatzmania doesn’t count as the most ultimate theme park destination in Europe. The zoo is spacious, but you don’t see that many animals. Besides, the park’s attraction section is still rather small. Don’t get me wrong… the stunning location of this park has surprised me and Gold Rusher was an excellent credit to add to the counter, but that’s it. I would therefore only recommend a trip to Tatzmania if you combine it with other sights in the region. A trip to Steinwasen Park, a ride on that Hasenhorn Alpine Coaster, a splash at Badeparadies Schwarzwald or a strenuous hike in the mountains… there are loads of great options in the Black Forest. 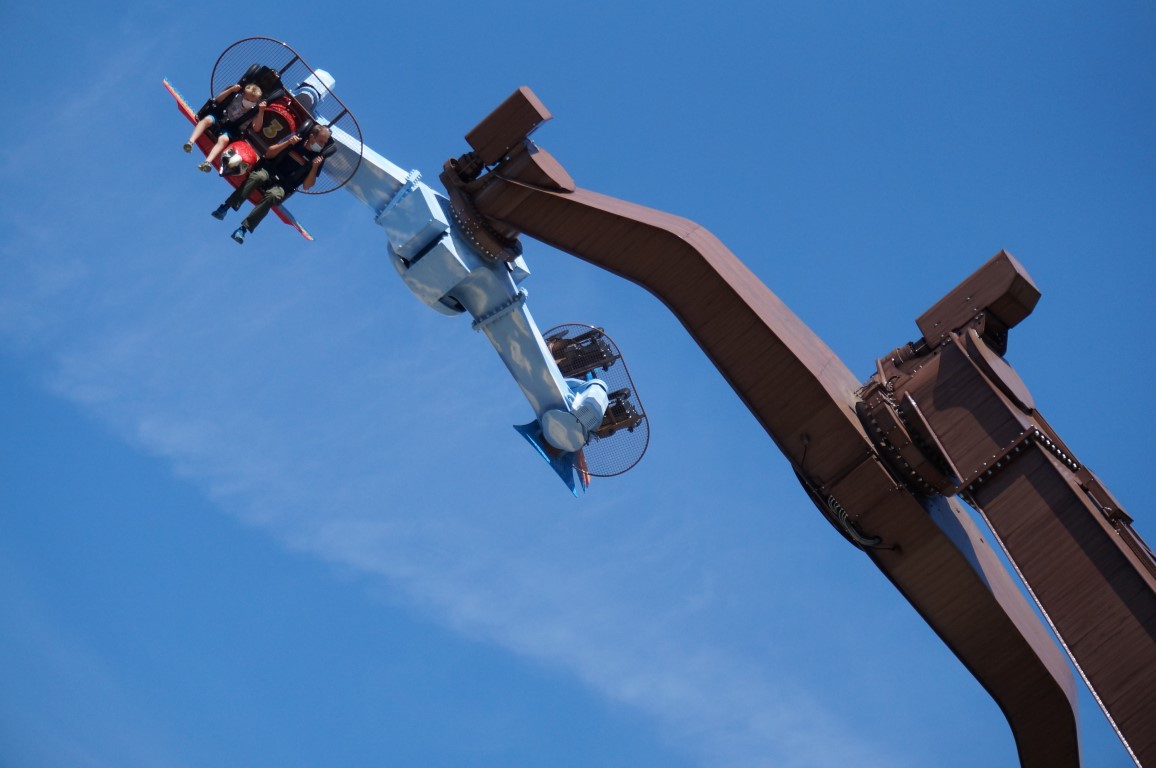 Would you consider spending a day at Tatzmania? Did you know that Trampeltier is the German word for camel? And how many pizza coasters did you ride yet? Share your opinion in the comments section at the bottom of this page.