“The smaller, French version of Europa-Park”

Think about French theme parks. Disneyland Paris, Walt Disney Studios or Parc Astérix may be the first things coming to your mind right now. Or are you thinking about Puy du Fou, that famous show and entertainment park in Western France? It really doesn’t matter, but you probably didn’t think of Nigloland and that’s a shame. Nigloland is a family theme park in the Champagne region and it’s well worth a visit. The park is mostly aimed at families with children, but thrill seekers aren’t forgotten.

Nigloland can easily be described as a smaller copy of Europa-Park. The atmosphere is similar and a majority of the coasters were built by Mack, just like that’s the case at Europa-Park. The highlight is Alpina Blitz, a Mega Coaster inspired by Intamin’s famous Mega-Lite. If you’ve ever ridden such a coaster, you probably know that Mega-Lites are awesome. Despite their limited height and length, these rides are fast, intense and lots of fun. Mack’s version is pretty good as well. Some curves get a little rough, but the overall experience is nice and Alpina Blitz offers some good airtime moments.

Another great coaster is the neighbouring Spatiale Expérience, a Mack indoor coaster. This ride (the name translates to Space Experience) reminds me a lot of Europa-Park‘s Eurosat before its big 2018 refurbishment. The coaster features identical trains, a spiral lift hill and the snappy transitions that were typical for Eurosat. Add some cheap space theming and you may get a good impression of the experience. It’s definitely no Space Mountain, but I actually liked Spatiale Expérience and its unpredictable layout a lot.

Nigloland’s most recent credit is Krampus Expédition, a water coaster built by… *you guessed it* Mack Rides. It features a unique layout and a refreshing splashdown, but the ride’s main asset is its theming. Krampus Expédition is themed to a mythical mountain creature and Nigloland outdid itself when it comes to storytelling. The station looks stunning (it even includes references to water rides at other well-known theme parks) and the ride’s artificial lake is surrounded by beautiful rock formations.

Mack Rides was also responsible for Descente en Schlitt’ (a standard, yet unbelievably smooth wild mouse) and a very enjoyable ride called Gold Mine Train. This is a powered coaster that’s intertwined with Nigloland’s log flume. And although that log flume turned out to be rather underwhelming, I liked Gold Mine Train a lot. It’s got a beautiful station and the ride is quite powerful. Lastly, Nigloland offers a perfectly smooth kiddie coaster in the Village Merveilleux section of the park.

Nigloland offers only one dark ride, but it’s quite an impressive one. Manoir Hanté has a somewhat remote location and that greatly enhances the eerie atmosphere. The exterior isn’t the only thing worth mentioning; the actual ride is pretty convincing as well. The vehicles (I’d describe them as rotating sofas) may look crazy, but this dark ride still proves to be surprisingly qualitative. And of course, Nigloland has once again borrowed some elements from Disney’s beloved Haunted Mansion.

Crowds at Nigloland are generally quite reasonable. This means that you’ll get plenty of time to ride the park’s many boat rides and flat rides. One of the most recent additions is Donjon de l’extrême, a 100-metre tall free fall tower. This attraction is beautifully themed and the views of Nigloland and the surrounding valley are extraordinary. Other great semi-thrilling attractions are Air Meeting (a Gerstlauer Sky Fly) and Jukebox, a stunning flat ride with a sixties theme. The ride’s female operator even wears a polka dot dress to match the theme, so the park clearly pays attention to details.

Nigloland was mostly inspired by Europa-Park, but the park has also copied some Disney attractions. The Niglo Show, for example, is based on Disney’s Country Bear Jamboree (even the moose on the wall was copied). The park also has a Mississippi paddle-steamer and a boat ride called African Cruise, which is obviously inspired by Jungle Cruise. I definitely missed the Skippers and their silly jokes, but most scenes are identical to this classic Disney attraction. By the way… you can even find a touch of Universal at Nigloland: Dinosaures Aventure is a walk-through with cheap-looking animatronics. The attraction in itself isn’t that good, but the resemblance between John Hammond and the pre-show animatronic is striking.

Yes, Nigloland is certainly worth a visit. The park has an enjoyable atmosphere, the attraction collection is surprisingly complete and admission tickets are affordable. Nigloland can be enjoyed by the whole family and its stunning location provides a nice extra. If you visit the park, I can also recommend to spend a few hours in the nearby city of Troyes. Troyes’ medieval centre is very photogenic and the region is famous for its champagne and its delicious pancakes. Not the worst combination, in my opinion. 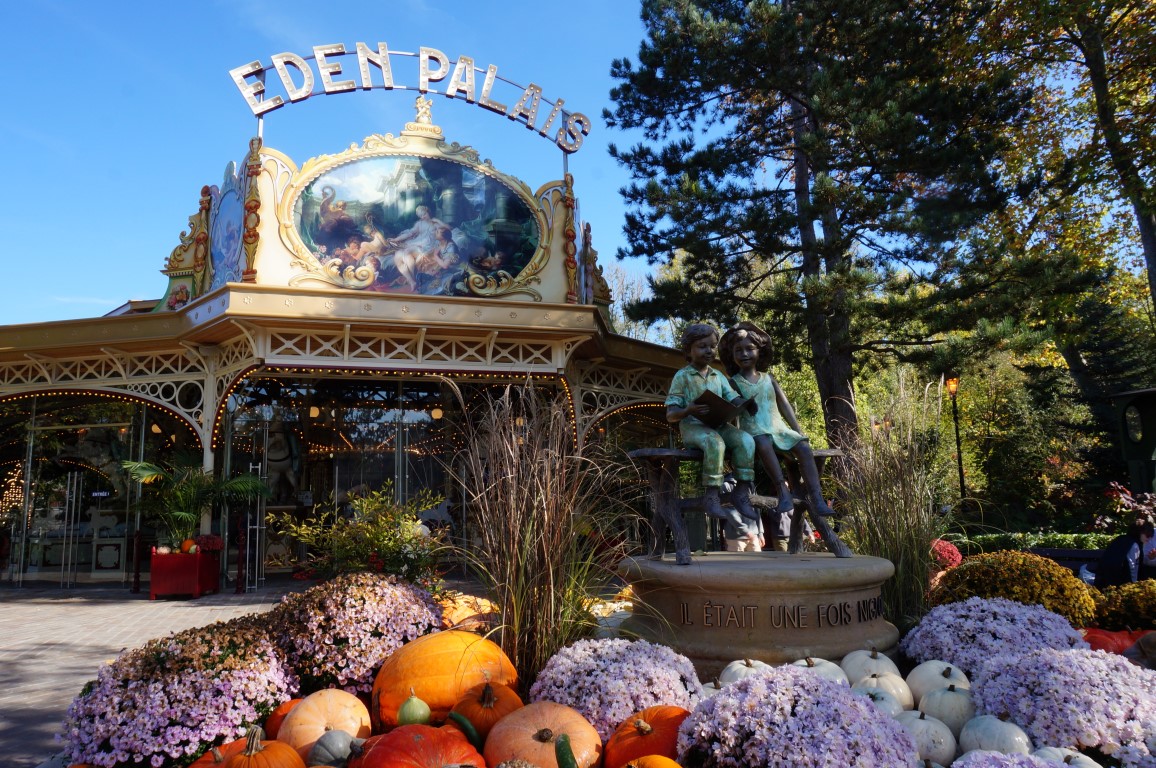 Do you think that this French park is underrated? How much did you like Alpina Blitz? Do you like the fact that Nigloland will be adding a Mack water coaster soon? Share your opinion in the comments section at the bottom of this page.