Walt Disney once said that it all started with a mouse. And at Cavallino Matto, it all started with a horse. This amusement park in Tuscany started as a pony park with a playground. That’s still reflected in the name, which literally means the Crazy Little Horse. Over time, it was transformed into an amusement park with six different roller coasters and quite a few flat rides for the whole family. Cavallino Matto isn’t as famous as MagicLand, Gardaland or Mirabilandia and that’s probably due to the location. There aren’t any major airports in the neighbourhood and public transportation options are limited. There’s an abundance of places to stay, though. Cavallino Matto lies within walking distance of the Ligurian coastline, a beloved holiday destination for many European tourists.

Cavallino Matto is characterised by enormous pine trees, which seem to function like a giant roof over big parts of the park. Underneath those pine trees, you’ll find quite a lot of cheap-looking standard rides. Like almost every regional amusement park in Italy, they’ve got a Wacky Worm. And the family who owns the park also seems to be close friends with L&T Systems. This company was responsible for kiddie coaster Speedy Gonzales, an uncomfortable wild mouse called Wild Mine and Project 1. Project 1 is one of the park’s bigger coasters and despite its funfair-like appearance, it’s actually quite enjoyable. This compact ride offers a smooth and family-friendly experience. Nothing too special, but it’s better than I expected it to be.

Better than I expected it to be… Oh, I really wish I could’ve told you a similar story about Freestyle. This Togo stand-up coaster is the park’s biggest thrill ride. Have you ever wondered where Canada’s Wonderland’s SkyRider went after it had been torn down? Well, Tuscany is the answer to that question. Freestyle got a serious makeover and the ride looks absolutely stunning with its current colour scheme, but the ride experience is just horrible. Togo isn’t known to be the smoothness champion, but it feels even worse if you need to stand up in the vehicle. Don’t get me wrong… I’m quite proud of this credit, but I’m sure I’ll never ride it again.

The majority of Cavallino Matto’s attractions look rather simple and theming is limited. In 2018, however, the park presented a ride with a much better appearance. Jurassic River is one of those many water rides with dinosaur decoration, but it might be one of my favourites. This log flume was beautifully themed and the boats even feature onboard audio! By the way… good news for those roller coaster junkies: Jurassic River includes some coaster-like hills, so it’s officially categorised as a credit. Surprisingly qualitative log flume and definitely the best ride at Cavallino Matto. As it’s a family favourite, queues get rather long, so be there early.

Oh, right… one more thing. Jurassic River is great, but the park’s best attraction can be found outside the gates. The Samoa cocktail bar is part of the park’s (very little) nightlife district and they create some delicious, affordable drinks. Be sure to end your day with a Spritz or a Mojito on this cute terrace.

Family-owned theme parks often steal my heart and this is true for Cavallino Matto as well. The park has a lot of rides for the whole family, staff are unbelievably friendly and the park has a perfect, holiday-like atmosphere. You shouldn’t expect world-class theming or the most thrilling ride you’ve ever experienced, but this park just offers great fun under the Tuscan sun. Definitely visit this park if you ever get the chance. 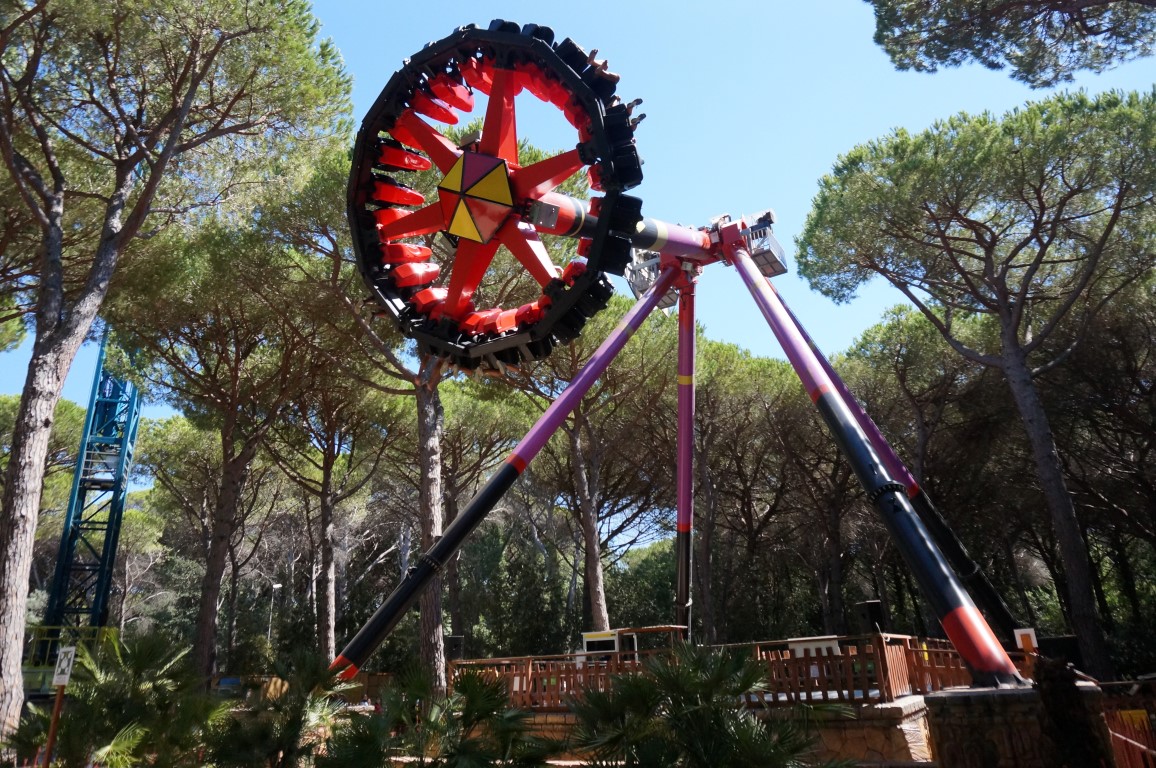 What do you think about family-owned theme parks? Did you get the chance to ride Freestyle yet? And would you ride every kiddie coaster, just to obtain a coaster bingo? Share your opinion in the comments section at the bottom of this page.